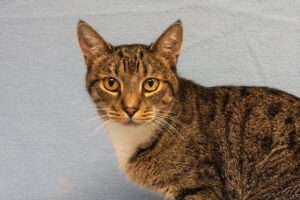 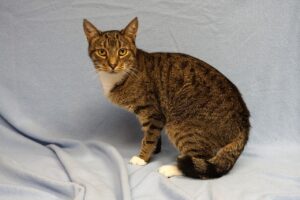 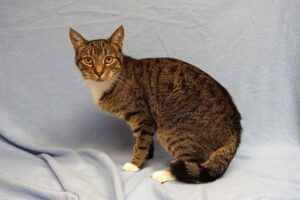 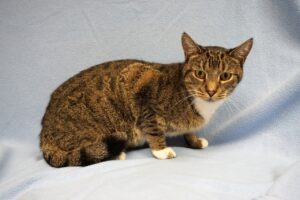 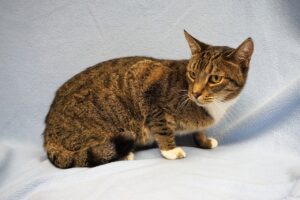 Good things come in small packages. Honu is a small guy at less than 8 pounds. Besides being a handsome brown & black tabby with white patches, even though he is almost 12 years old, he is described as still playful, affectionate, most happy cuddled up on a warm lap for long stretches or napping on a soft blanket near a sunlit window.

Twelve years ago, Honu was found in Hawaii when he was only a few weeks old. He was sick and missing the end of his tail. His owner spent the week caring for him before bringing him home, where he fully recovered and has thrived as an indoor kitty. She named him “Honu” after the Hawaiian Green Sea turtle. To the Hawaiian people, these turtles are sacred creatures and embody good luck, protection, endurance, and long life.

Because of a change in their life circumstances, Honu was no longer happy in their home and his owners felt it was not fair that he was not able to live the life he previously had with them. The owners did reach out to Fearless Kitty in June and asked if Honu could become Fearless to find a new home.

If you want an ‘ono Hawaiian popoki’ (sweet Hawaiian cat), Honu is your man. Honu is looking for a new, caring home and would be a loving companion.